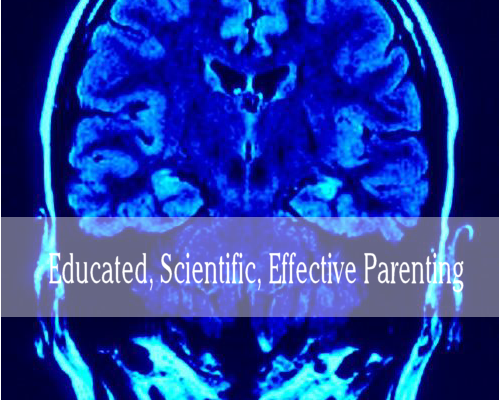 This is what my mom said to me once in reference to my decision not to spank my children. “That is just a bunch of new-age nonsense. Children have been raised that way for thousands of years.” My answer to that was “And look at where we are.”

Positive Parenting is not some kind of new-age trend. This is effective, educated parenting backed by years of research from leading psychologists and neuroscientists who all concur that the traditional methods of discipline are harmful and ineffective and that loving, consistent, kind, responsive parenting makes healthier, happier, better behaved, morally sound children.

Please do NOT confuse Positive Parenting with:

If traditional methods of parenting (spanking, grounding, yelling, controlling) really work so well, why is our society filled with intolerance, violence, hate, and crime? Do you think spanking will keep your kids out of prison? Think again.

The best-kept secret in child psychology is that children who were never spanked are among the best behaved.” -Murray Straus, Ph.D.

Our children are facing a mental health crisis. In his book, Spare the Child, Philip Greven notes:

“Punishment in childhood has always been one of the most powerful generators of depression in adulthood.” p. 130

“Depression is often a delayed response to the suppression of childhood anger that usually results from being physically hit and hurt in the act of discipline by adults whom the child loves and on whom he depends for nurturance and for life itself.” p. 132

And it’s not just hitting that is harmful, we now know yelling and shaming to have lasting psychological effects.

By contrast, Positive Parenting has many benefits, such as a reduction in power struggles, stronger relationships, better behavior, resilience, and high emotional intelligence.

Positive Parenting is backed by research on attachment and its effects on the developing brain by leading researchers such as Allan Schore, Dan Siegel, Bruce Perry, and Murray Straus.

– Are educated about their child’s developing brain.

– Understand the importance of attachment and relationship.

– Are kind, gentle, and respectful.

You don’t have to make your children feel bad to teach them lessons. In fact, children are less likely to retain information when they are upset. Your secret tool is your relationship with your child. Attachment is the key to effective parenting. Daniel Siegel, M.D., clinical professor of psychiatry at the Center for Culture, Brain, and Development at UCLA, and author of the seminal book The Developing Mind and Parenting from the Inside Out, specializes in the study of attachment. He describes it as something of a magic bullet when it comes to child development.

While genetics, experiences, temperament, and many other factors contribute to a child’s personality, Siegel says, secure attachments lay the foundation for it all. Attachment “shapes children’s interactions with their peers, their sense of security about exploring the world, their resilience to stress, their ability to balance their emotions, and their capacity to create meaningful interpersonal relationships for the future.”

Having this foundation, or lacking it, Siegel says, affects everything from school success to the ability to form friendships. Self esteem, social skills, emotional intelligence … even who a child eventually picks as a life partner, can all be traced back to attachment, he says. (Source)

Dr. Laura Markham has this to say about Positive Parenting:

Why Positive Parenting? Because it works, from toddlers to teens. Positive parenting raises a child who WANTS to behave.

Positive parenting — sometimes called positive discipline, gentle guidance, or loving guidance — is simply guidance that keeps our kids on the right path, offered in a positive way that resists any temptation to be punitive. Studies show that’s what helps kids learn consideration and responsibility, and makes for happier kids and parents.

Ignoring all of the attachment and brain development research is like ignoring the research on smoking. Just as some people will continue to smoke despite the known risks, some parents will continue on with traditional discipline. Just as some smokers will not get lung cancer, some children raised with traditional discipline will not have lasting psychological damage. The question is, are you a gambler? And how much are you willing to risk?

Bottom Line: There are a lot of misconceptions about Positive Parenting, from it’s permissive to indulgent to lazy. The fact is that Positive Parenting is educated parenting. Positive Parenting is actually less lazy than traditional parenting. We don’t just give a swat or send our kids to corners and expect that to teach them appropriate behavior. That’s lazy. We teach. We come up with solutions. We give our children the tools they need to do better, and most importantly, we create secure attachments.

Be strong enough to be gentle. Too many parents equate being gentle with being weak or passive when nothing could be further from the truth. Gentleness requires great control, active connection, and intense calm. So, when your child needs discipline, remember that an iron grip isn’t the only way to go. You can accomplish great things by being the calm voice of authority and reason in your home. – Hal Runkel, ScreamFree Parenting