The Age of Entitlement: Fact or Fiction? 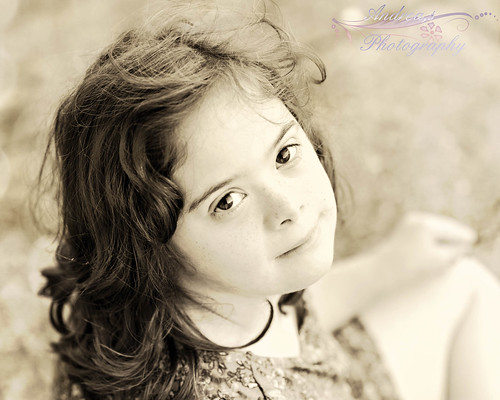 Entitlement. One quick Google search on that term will produce a plethora of rants and gripes about “these kids today,” claiming they are selfish, self-centered brats who, as one article claims, “say, ‘I deserve what I want, when I want it, without earning it, and I’m bitter if I don’t get it’. They believe the world is theirs to manipulate for their own pleasurable purposes.” Some sociologists are apparently deeming this the Age of Entitlement.

What a novel idea – that kids today are so much worse than the generations before them. An excerpt from the above link:

When students walk into Greer’s classroom wearing T-shirts that say things such as “Here comes trouble,” that’s exactly what she thinks.She’s been teaching for 20 years — from preschool to high school — but every year, the attitudes she encounters just keep getting worse. “Ten years ago, the children were more respectful; more prone to say ‘please’ and ‘thank you,’ ” Greer says. “It’s no longer an expectation that children say these things coming from home — the social development is going backward.”

But as Alfie Kohn states here, “spoiled rotten is a timeless complaint.”

“…That’s why no generation of teens and young adults has ever been as self-centered as this one. Take it from journalist Peter Wyden, the cover of whose book on the subject depicts a child lounging on a divan eating grapes while Mom fans him and Dad holds an umbrella to protect him from the sun: It’s become “tougher and tougher to say ‘no’ [to children] and make it stick,” he insists.

Or listen to the lament of a parent who blames progressive child development experts for the fact that her kids now seem to believe “they have priority over everything and everybody.”

Or consider a pointed polemic published in The Atlantic. Sure, the author concedes, kids have always been pleasure seekers, but longtime teachers report that what we’re currently witnessing “is different from anything we have ever seen in the young before.” Parents teach “nothing wholeheartedly” and things come so easily to children nowadays that they fail to develop any self-discipline. Forget about traditional values: Today, it’s just a “culte du moi.”

Powerful stuff. Except now that I think about it, those three indictments may not offer the best argument against today’s parents and their offspring. That’s because they were published in 1962, 1944, and 1911, respectively.

The revelation that people were saying almost exactly the same things a century ago ought to make us stop talking in mid-sentence and sit down – hard.”

Watch this short YouTube clip of Alfie speaking on this subject, where he proposes:

“The idea that the #1 problem in our society with parenting is that we are too permissive and spoiled brats are running wild is essentially a fiction, a huge exaggeration of reality, in order to rationalize still more of the controlling methods already in abundance.  Yes, there are some kids, in some places more than others, who do run wild and make noise in public places, and that’s annoying, but for every child like that, there are hundreds of children who are restricted unnecessarily, yelled at, threatened by their parents, essentially bullied… That is the overwhelming reality of American parenting.”

I know that was a long introduction, but let me get to my point. This post is directed toward all the adults who complain about the entitlement of children today.

Let’s just say for a moment, for the sake of argument, that “all kids today” really are entitled, spoiled, selfish brats. Who is raising them? Permissive parents seem to be to “blame” for this “epidemic.” We all remember LZ Granderson’s rant on Curbing Spoiled Brats. I don’t know about you, but everywhere I look, like Alfie says, I see children being bullied, yelled at, smacked, and overly controlled. I’m sure there are some permissive parents out there, but certainly not enough to cause such an “epidemic of entitlement.” So what else could it be? We all know for a fact that parents set the example for their children. Perhaps the reason “that entitled brat” wants the new iPad and the most expensive shoes is just, well, because they’re nice, and because their friends have them. By the way, that is the same reason their parents wanted that big new SUV and Coach purse. And, just a random thought here, perhaps if the parents would put down their gadgets and actually play with their children, the children wouldn’t have the need for so many toys to occupy them. But the problem, they say, is that these brats want all these things without having to “work for it.”

Have you taken any time at all to really think about what it is like to be a kid in today’s society? Often raised in daycare (I’m not knocking any parents here, I realize it’s necessary for many families just so they can stay afloat in this economy), put into the assembly line that has become public education where they do enormous amounts of work at a much earlier age than we used to do, then bring more work home to do “in their free time” which rarely exists for today’s over-scheduled and stressed children. Then, of course, they have to deal with the well-publicized bullying epidemic and the typical societal pressures of adolescence. Believe me, kids are working. Perhaps these adults have forgotten what it is like to be a child, but it isn’t all kittens and rainbows. And if they’re not “pulling their share in the family” whose fault is that? Theirs? Or the parents? Again, we can’t blame the kids here. If you don’t teach your child responsibility, you hardly have the right to gripe that he is irresponsible.

To lump ALL kids into this entitled category is more than unfair; it’s prejudice. Not surprising considering the fact that children are the only class of people we can still openly ridicule and dislike, so of course all the bitterness gets dumped on the children. And before you go hating on these few entitled children, consider their world for a moment. The Secret Pain of the Entitled Child pretty much nails it in this excerpt:

“…Kids who are entitled almost invariably lack an engaged relationship with their parents…Entitled children, and grown-ups, always suffer from alienation, lack of trust and restless unhappiness. They are forever striving for the next free thing, but never feeling satisfied; it’s like expensive charity events where wealthy celebrities relish the gift bag, as if they actually need more swag. Doesn’t this suggest a poverty of spirit that is forever hungry for more free stuff, but cannot be filled because the vessel of the self is a colander as opposed to a bowl?

In the interest of compassion, I invite us to re-think entitled people, particularly children, as the true emotional “homeless”—as those without a psychological pot to piss in, which may be why they so readily piss others off—they don’t see themselves as fortunate, they see themselves as hurt urchins in Les Misérables. The anger the entitled evoke in us is the anger they feel at being secretly inadequate; if we confront them on their entitlement they get angry because they feel that they really are inadequate, unlovable and unable to do better. This is the great distortion that they carry, and which must heal, before the surly mask can be safely dropped.

While each of us who encounters an entitled child (and sometimes we encounter them in our own homes, in our own kids) may feel like we are putting but a drop in the ocean, much less the bucket, if we work to soften our gaze and see to the vulnerable core of the snarky misanthrope, like water on rock, our love just might wear down their self-hate.”

Here’s an epidemic that isn’t talked about nearly enough, and what I consider the real entitlement epidemic. Self-centered, narcissistic, entitled adults. You know the ones; they’re the same ones who rant about today’s self-centered, entitled children. I’m talking to you now, entitled adults. Let me get one thing straight. I am NOT a permissive parent. I will absolutely teach my child what manners are and how to use them. I will teach my children what is socially appropriate and why they need to respect others. I will not allow my child to kick the back of your seat on the plane or run around your table at the restaurant, BUT I will also not force my child to robotically “sit down and shut up” just so YOU don’t have to be inconvenienced, because let’s get real; that’s what you really want, isn’t it? To not have to be inconvenienced in any way? Because you’re an adult, you think you are entitled to not see a woman breastfeeding her child if you don’t want to. Because you’re an adult, you are entitled to a plane ride or a movie where you don’t have to hear a child cry. Because you’re an adult, you are entitled to a nice, quiet dinner out where you shouldn’t have to put up with the laughter or loudness of someone else’s kids. Here’s some news for you. My child has just as much right to enjoy his plane ride/movie/meal/shopping trip as you do. Let me say that again loud and clear.

My child has just as much right to enjoy his plane ride/movie/meal/shopping trip as you do.

Do you know why? Because my child is a human being, too.