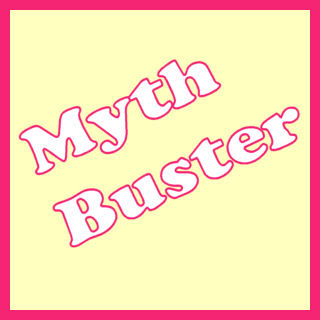 I realize that nonpunitive discipline can be hard to wrap your head around at first. It was for me. After all, the vast majority of us were raised to believe that children need punishments and consequences in order to learn better behavior.

There is apparently this myth that parents who do not punish their children are lazy parents who are not fulfilling their duties. I saw this prevalent myth when I read LZ Granderson’s article Permissive Parents: Curb your brats and the comments that followed.

Punishment is not a good teacher. Imagine for a moment that you have just started a new job. You have had no training, and you are expected to produce a report using a program you’ve never used before. You try, but you get it wrong. Your new boss yells at you for doing it wrong and tells you to come in an hour early the next day to start on it. The next morning, you try again to get this report out, but you still haven’t been taught how to use the program, so you try and figure out for yourself, but you get it wrong again. Once again, your boss threatens you and tells you if it happens one more time, you’re fired.

How are you feeling about your boss now? About yourself?

It makes absolutely no sense to punish a child for doing something wrong that he didn’t know how to do right. Sitting him in the time out chair does not teach how to do right.

But what if the child already knows what the right thing to do is, but does the wrong thing anyway?

I had this conversation with my 4.5 year old son yesterday after his grandmother put him in time out for hitting while he was at her house.

Me: How did you feel when she put you in time out?
Him: Mad!
Me: While you were sitting there, did you think about why you shouldn’t hit?
Him: No! I was just mad!
Me: Did the time out teach you not to hit again?
Him: No. I already know not to hit. I didn’t mean to do it.
Me: Let’s think of what you can do next time you’re upset so you don’t hit. You can walk away, count to 10, or take deep breaths.
Him: Yeah. I’ll try that next time.

Do you see why the time out was still pointless? He already knew hitting was inappropriate; however, because he is still developing his frontal lobe, he doesn’t always have the cognitive ability to stop himself from reacting and to think it over. Does that mean he “gets away with it?” Well, no. I reiterated that to him that it was inappropriate, and I gave him new tools to try next time he’s upset.

“Where did we ever get the crazy idea that in order to make children do better, first we have to make them feel worse? Think of the last time you felt humiliated or treated unfairly. Did you feel like cooperating or doing better?”
— Jane Nelson

What if I’d spanked him instead? Well, that would just taught him that it is, indeed, okay to hit people. What about taking away his favorite toy or show? Those kinds of made-up consequences don’t teach lessons. Do you know what does? Problem-solving. You can read more about that here.

I’d like to make another quick point. I’m a medical transcriptionist by day, and I type for a neurology account. One of my doctors specializes in dementia, and often these patients, who range from mild cognitive decline to severe dementia, will have behavior problems such as lashing out, aggression, agitation, and inappropriate language and manner. They also often have sleep problems. Never ONCE has the doctor indicated to the caregiver that the patient needs to be punished for his behavior problems. Why not? Because it is widely recognized and accepted that these behaviors are caused by a lack of cognitive ability. Neuroscience has now proven that children (especially under age 6) do not misbehave out of defiance, but rather out of lack of cognitive ability because of their underdeveloped brains. It takes the brain 20+ years to fully develop, but particularly before age 6, children literally do not have full access to the frontal region of the brain which handles logic, sequential thinking, self-awareness, and self-regulation.

Let me get back to my original point. Neuroscience has also given us the valuable information that every interaction with our children is developing neural pathways that will ultimately determine how he reacts to situations and handles problems. Nonpunitive discipline focuses on understanding development, teaching the child what is appropriate (and this can be done through play, role-playing, modeling, setting a good example, etc.), giving the child the tools to do better, and building a strong relationship with your child.

So, when I say that nonpunitive discipline requires more discipline, what I mean is that we are *always* disciplining (teaching) our children with every interaction, every word, everything they see. We are mindful that, above all, who we are to them is more important than what we do to them. A very wise friend of mine once said

“The power of your influence does not come from the force of your will or the fierceness of your punishments, but the strength of your relationship.” – Lori Petro of TEACH Through Love

I never spanked, but I used to do time outs and take away toys or cartoons. I thought that was how my kid would learn not to misbehave again. A whole lot of reading and reflection later, I realized that our relationships with our children are based on the same things that all healthy relationships are based on: Respect, kindness, compassion for the other person, love.

How do you respond to people you’re afraid of? People who hold things over you?

I thought one day, why does my husband come home from work after 12 hours and do the dishes for me? He surely doesn’t fear me. He does it out of love. Why do I lug the trash across the road when he’s running late? Love. Why would my child tidy his room if I asked? There are 2 choices. He could tidy up because he’s afraid of his punishment if he doesn’t, resenting me all the while, OR he could do it for the same reason hubby does the dishes and I take out the trash. Love. 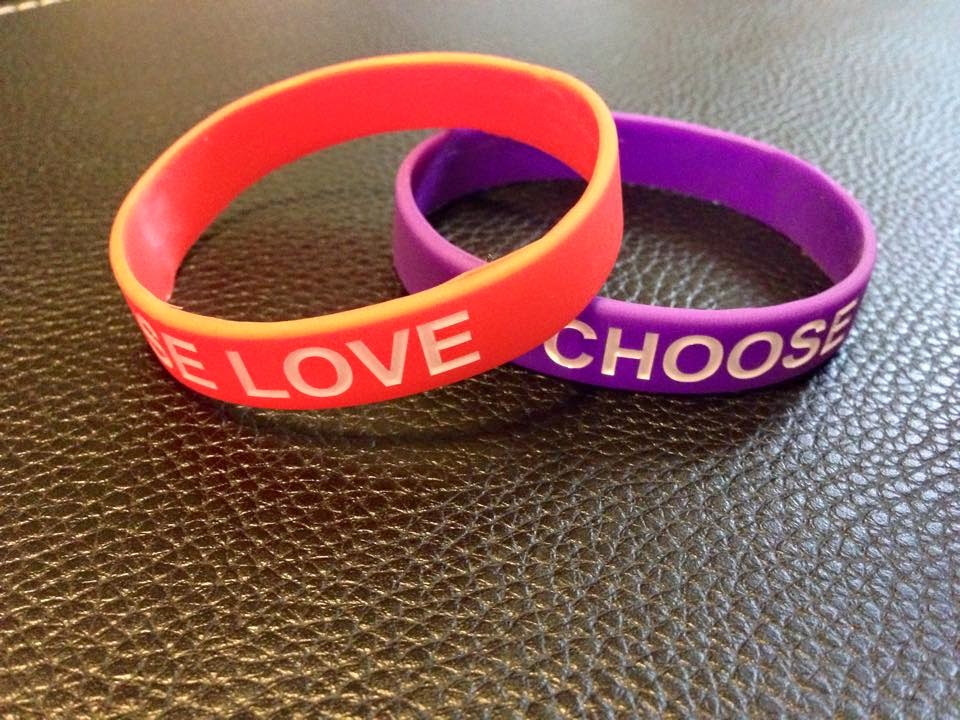 “I choose love” reminder wrist bands are available in my shop in red or purple.