Encouragement for the Weary Co-sleeping Parents 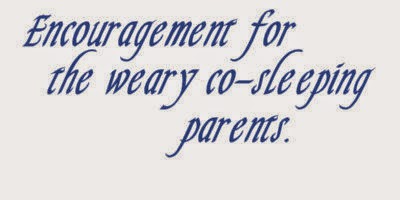 I didn’t start out with the plan to co-sleep with my children. In fact, I worked hard on the perfect nursery for my new little one to match the beautiful rooms I’d seen in the magazines and on television.

I adored the final result! It made it seem so real! A baby was coming! 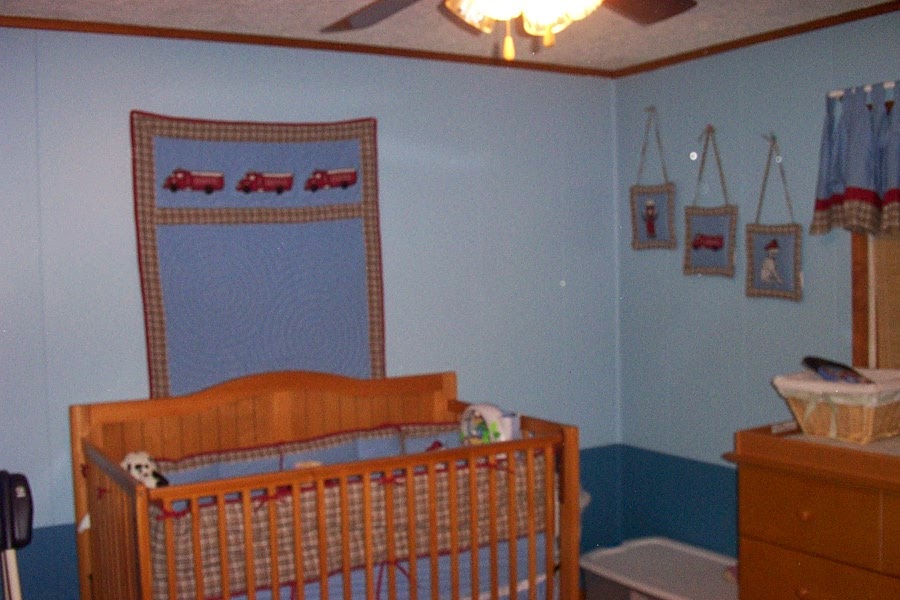 He never slept a single night in there. Not one. I rocked him in there a few times in the wee hours of the morning, just to make the room feel useful!

He started out in a bassinet beside my bed. When he outgrew that, we moved that crib into our bedroom, right beside our bed. He hated that crib. He wouldn’t sleep more than hour or 2 before waking up with his head stuck in the corner or his leg caught in the railing. It was out of sheer desperation for a decent stretch of sleep that I put him in bed with me. There he snuggled in close and we both slept.

That’s how it started.

His brother came along 2 years later, and he slept happily in that crib beside my bed for 10 months. Then, suddenly, he didn’t. So, I took the side rail off and scooted it up against our queen bed and there we were.

I’m not going to say it was always blissful or that they slept like the babies on the Johnson’s baby wash commercials, because that’d be a big lie. No matter what arrangement I’d made, they seemed to wake regularly through the night for several years, and though I tried to put them in their own beds at various points, like the pediatrician and several well-meaning friends advised me I should, I could never make it work, and frankly I wasn’t sure I wanted it to.

When they were still co-sleeping with me at ages 7 and 5, there were times I wondered if I’d made a huge mistake. Were my friends right after all? Would they be forever dependent on me to get to sleep?

I admit I went through several phases in those 7 years, from happily snuggling them, tears sneaking out of my eyes in gratitude as they fell asleep in my arms, to feeling resentful that I had seemingly no me-time whatsoever and feeling like I’d given up my whole life to please them, to enjoying it again, giggling, going on adventures to distant planets and telling hilarious stories until we were laughing so hard our tummies hurt.

All the while, though, there was that question in the back of my mind, nagging at me. Was I doing the right thing?

Then all at once, it happened. Quite suddenly, it was “Hey mom, mind if we go to sleep on our own tonight?”

That’s how it started.

Now I give them a kiss goodnight and go in our master bedroom which is beside their room, and I just listen as they tell each other stories and giggle and bond. Slowly, the giggles space out more and more until they fall asleep together. Only twice have they asked me to come in and snuggle. Only twice since it started.

I thought I’d be elated when they could go to sleep on their own. The 2+ hours I used to spend every night getting them to sleep is now free. I have more me-time than I know what to do with, and I have to tell you, it isn’t as great as I was expecting.

Sometimes, while I’m listening to their funny stories and laughter, I get an eerie vision of the day when there will be no sound coming from their room at all, and tears fill my eyes even as I type that because I know the day is not nearly as far off as it seems.

When I was in the thick of those 7 years, I felt like they’d need me forever. I felt like I’d never get breathing room, sometimes.

But just like that, it ended, and looking back now on those 7 years, they just flew by so quickly.

I’m so grateful I chose to spend those years snuggled in between them. I’m grateful for every bedtime story, every adventure, every hug, every back rub, every goodnight kiss. I’m also extraordinarily grateful I have a few more years to go before that room is eerily quiet. So grateful.