Boys are NOT Stupid! 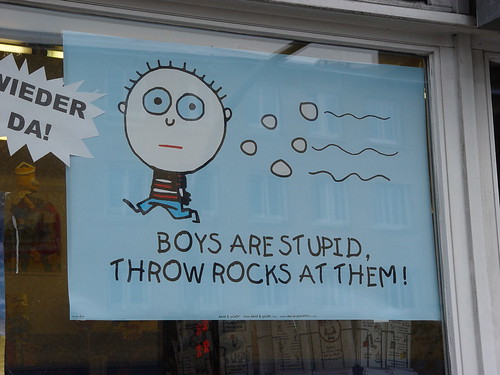 Per Wikipedia, “Feminism is a collection of movements aimed at defining, establishing, and defending equal political, economic, and social rights and equal opportunities for women.” Equal being the key word here.

I am ALL FOR equality.

I am NOT for boys being left in the dust. In her article Feminism Shames Young Boys, Pelle Billing says this:

The effect of teachers bringing feminism into the classroom, whether they are feminists themselves or simply instructed to do so, is that young boys hear the message: “Girls are good, boys are bad.” Due to their cognitive development, this is the natural interpretation of feminism for young boys (and girls). This creates a sense of shame at a very deep level, and could quite conceivably affect the self-esteem and healthy development of these young boys.

She goes on to say this:

Let’s have a passionate gender debate amongst adults, but leave children alone, and stop telling them that there’s something wrong with them simply because they were born male. 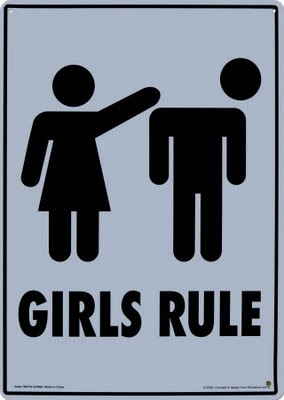 Christina Hoff Sommers tackles this issue in her book The War Against Boys, and one commenter on the book said perfectly what I was trying to articulate myself.

The problem with feminism is not that it has fostered achievement for women. Rather it is feminism’s attempts to demean the roles and achievements of men and “feminize” boys that are problematic. To the extent that feminism has encouraged girls and women to strive for excellence, it should be lauded. To the extent that it has used our institutions, particularly our schools, as a vehicle to establish a so-called “new feminist order” at the expense of our sons, it is shameful.

What I also find to be beyond troublesome is that boys are now being marketed to be stupid. The apparently popular book “Boys are Stupid. Throw Rocks at Them” has this product description on Amazon. “Girls, here it is—everything you need to know about boys: 1. Boys come from the Stupid Factory. 2. Boys are pretty much smelly and useless. 3. It is possible to have fun with boys, however….. 4. If you decide to keep a boyfriend, he will need to be housebroken.” It is described as “edgy freshness.” I think it’s garbage. How will MY sons feel if they see a girl wearing this shirt? 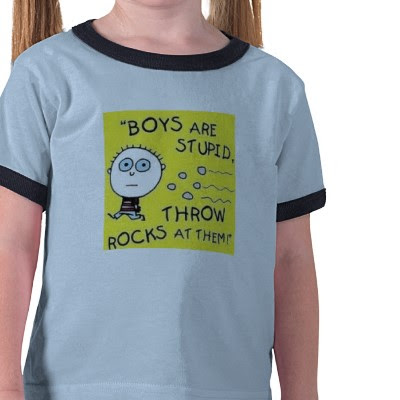 But is feminism really to blame here? In an article in Dissent from 2006 titled The War Against Boys, Michael Kimmel points out:

If boys are doing worse, whose fault is it? To many of the current critics, it’s women’s fault, either as feminists, as mothers, or as both. Feminists, we read, have been so successful that the earlier “chilly classroom climate” has now become overheated to the detriment of boys. Feminist-inspired programs have enabled a whole generation of girls to enter the sciences, medicine, law, and the professions; to continue their education; to imagine careers outside the home. But in so doing, these same feminists have pathologized boyhood. Elementary schools are, we read, “anti-boy”—emphasizing reading and restricting the movements of young boys. They “feminize” boys, forcing active, healthy, and naturally exuberant boys to conform to a regime of obedience, “pathologizing what is simply normal for boys,” as one psychologist puts it.

However, he goes on to say:

Perhaps the real “male bashers” are those who promise to rescue boys from the clutches of feminists. Are males not also “hardwired” toward compassion, nurturing, and love? If not, would we allow males to be parents? It is never a biological question of whether we are “hardwired” for some behavior; it is, rather, a political question of which “hardwiring” we choose to respect and which we choose to challenge… By contrast, feminists believe that men are better than that, that boys can be raised to be competent and compassionate, ambitious and attentive, and that men are fully capable of love, care, and nurturance. It’s feminists who are really “pro-boy” and “pro-father”—who want young boys and their fathers to expand the definition of masculinity and to become fully human. 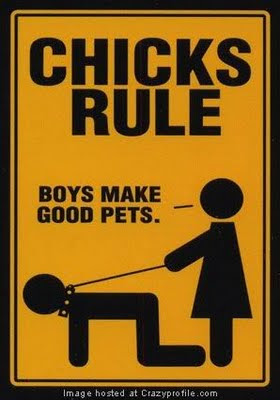 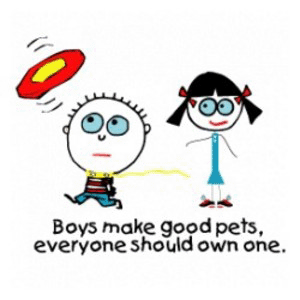 What I want is for my boys not to be shamed just because they are boys.

I don’t have any overnight solutions. I know we can not feed it by purchasing the garbage I’ve pictured here. I believe conscious parenting will have an effect. The more children raised with respect, compassion, and empathy, the more respect, compassion, and empathy will permeate society. We need to be conscious of the messages were sending to our children, conscious of what messages they’re getting from the media. We need to discuss these topics with our chidren when it is age-appropriate to do so.